Elon Musk’s Neuralink to give vision to Blind

Neuralink is a Neuro-technology company founded by Elon Musk and like-minded people in 2016. The headquarters is in San Francisco. Neuralink is a breakthrough technology for our brains. Neuralink has exceptionally talented people working who believes that it is a part of expanding our world. Neuralink is said to help people with paralysis and those who have lost functions of the senses. Elon musk says this is a project for understanding our brain, interfacing with it, and brain engineering.

In the Neuralink progress of summer 2020, Elon Musk and the team showed some progress about the recent development of the Neural Implant device. Elon Musk says, “Almost Everyone has Neurological problems over time, so we need a generalized device for our brain that is reliable and affordable”. Our senses like Sight, Feeling, Hearing, Pain, etc. are all electrical signals sent to our brain by neurons in our body.  Neuralink is thought to be the implant that can correct these signals that reach our brain. We can solve problems like Memory Loss, Hearing Loss, Blindness, Paralysis, Depression, Insomnia, Extreme Pain, Seizures, Anxiety, Addiction, Strokes, and Brain Damage.

Neuralink Design this summer looked like a Coin with electrodes of 43mm in length. A piece of the skull is removed and neuralink will take over the place of the skull. Electrodes are just tiny wires that are inserted into the cortex of our brain. It is a fully automated process fully performed by surgical robots which are also designed by the team. The procedure is said to take less than an hour and it doesn’t require general anaesthesia while you can leave the hospital on the same day. The device needs to be charged wirelessly which lasts for a whole day.

In the event, Elon Musk gave a live demo of three little pigs. The first one had no implant, the second had an implant and the third one had an implant that was removed later. The live demo showed the neural spike of the brain that neuralink link received. whenever the pig touched the ground blue spikes formed on the monitor with many beep sounds. The Structure of pigs is similar to that of humans that is why the research was made on pigs and Elon Musk says it went very well. Elon also says we can have two neuralink implants and stay healthy and happy. 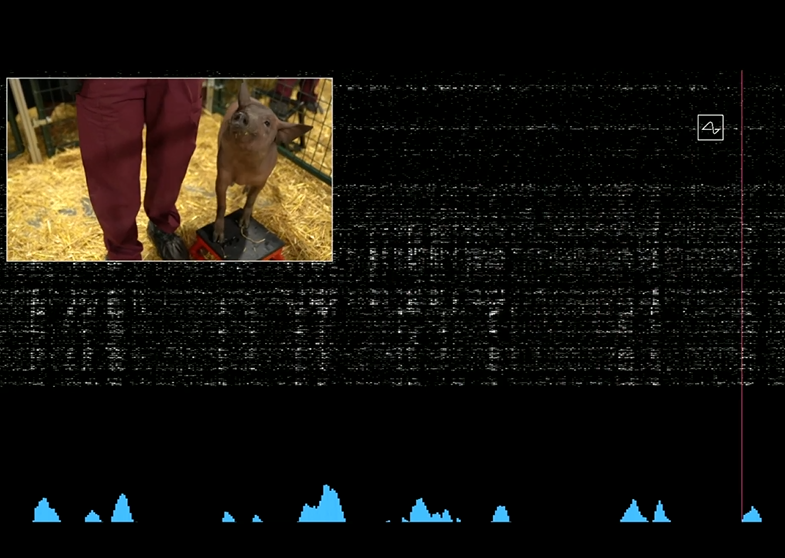 Neuralink team member whose part was on visual neuroscience says that Neuralink could provide a visual prosthesis for people with retinal injury. Many other scientists also doing investigation of creating  ‘Bionic Eye’ Brain Implant which allows blind people to See.

Many patients visiting eye hospitals always ask doctors about eye transplant surgery after some eyes received from dead donor bodies. Eye donation only means donating the cornea (transparent layer of an eyeball), only the patients having corneal pathological conditions or corneal scars were able to fit for corneal transplant surgery. Till now there is no retina and optic nerve transplantation has been made.  Elon Musk’s Neuralink will work by linking electrodes which are just tiny wires that are inserted into the cortex of our brain.